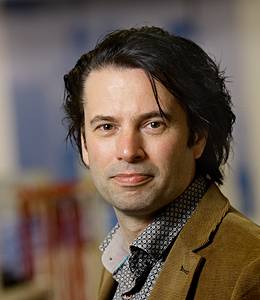 Dr. Arno H.M. Smets is Professor in Solar Energy in the Photovoltaics Material and Devices group at the faculty of Electrical Engineering, Mathematics and Computer Science, Delft University of Technology. From 2005-2010 he worked at the Research Center for Photovoltaics at the National Institute of Advanced Industrial Science and Technology (AIST) in Tsukuba Japan. His research work is focused on processing of thin silicon films, innovative materials and new concepts for photovoltaic applications.

He is lecturer for BSc and MSc courses on Photovoltaics and Sustainable Energy at TU Delft. His online edX course on Solar Energy attracted over 150.000 students worldwide. He is co-author of the book "Solar Energy. The physics and engineering of photovoltaic conversion technologies and systems."

Arno Smets is the winner of the first-ever edX Prize for his exceptional contributions in online teaching and learning.

Professor in Solar Energy in the Photovoltaics Materials and Devices group at the faculty of Electrical Engineering, Mathematics and Computer Science, Delft University of Technology

Discover the power of solar energy and learn how to design a complete photovoltaic system.

Learn how to make the transition to 100% renewable energy from wind, solar and biomass for electricity, heat and fuels …

Learn how solar cells generate electricity, and about the semiconductor physics and optics required to design and manuf…

Explore the main PV technologies in the current market, to gain in-depth knowledge on the design and processing methods…

Learn to examine manufacturing aspects, optimize your processes and workflows and find ways to refine and improve solar…

Master the technical knowledge required to start or further your career in solar energy.

Enhance your use of tools and methods to accurately characterize, model and predict the performance and yield of photov…