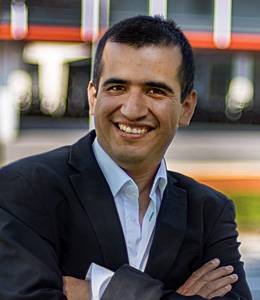 In July 2017, he was elected as chairman of the Working Group on Modern Heuristic Optimization (WGMHO) under the IEEE PES Analytic Methods in Power Systems (AMPS) Committee. He was vice-chair of the WGMHO between July 2014 and July 2017. Since August 2017, he is an associate editor of the Swarm and Evolutionary Computation Journal (Elsevier). Since October 2017, he is member of the Technical Committee on Power and Energy Systems of IFAC (International Federation of Automatic Control). He is a member of the Colegio de IngenierosEléctricos y Electrónicos de Pichincha (CIEEPI), member of the International Council on Large Electric Systems (CIGRE), and senior member of the Institute of Electrical and Electronic Engineers (IEEE).

Understand the basics of smart grids. Learn about their heterogeneity, dynamics, control, and about security and assess…

Future dates to be announced

Familiarize yourself with the modeling and integration of intelligent electrical power networks or &#39;smart grids&#39…